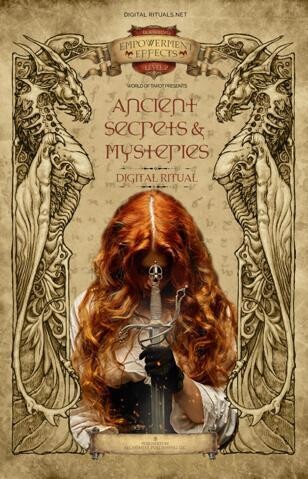 Increase ritual effects or pick up existing power two times by boosting its power with Level 2.

Ceremonial rituals from this elixir include various transformations and visible effects known to last a lifetime.  Each ritual performed includes derivations from historic archives. The magick used in our rituals, incantations, invocations and spells rely on long used tarot systems such as Tarot's connection with the Tree of Life as mentioned in Genesis 2:9; 14th century cartomancy and tarot cards created at the enchanted World Of Tarot.Medieval Kaballah symbolism and astrologia are joined with medieval charms and ages-old magick of handwritten 17th century occult spell books of Latin and archaic English of ‘talking to spirits’ charms, or a bewitchery; all part of a magickal formula intended to trigger a magical effect on a person or objects.

Save this product for later
Display prices in: USD